ITAR stands for the International Traffic in Arms Regulations (ITAR) and it is the government
requirements for the control of defense data and hardware leaving the USA.

International Traffic in Arms Regulations (ITAR) is a United States regulatory system to restrict and control the export of defense and military-related technologies to safeguard U.S. national security.

Defense-related articles and services on the United States Munitions List (USML) are covered by the regulations, which implement the provisions of the Arms Export Control Act (AECA), and are described in Title 22 (Foreign Relations), Chapter I (Department of State), Subchapter M of the Code of Federal Regulations. The Department of State Directorate of Defense Trade Controls (DDTC) interprets and enforces ITAR. The related Export Administration Regulations (Code of Federal Regulations Title 15 chapter VII, subchapter C) are enforced and interpreted by the Bureau of Industry and Security in the Commerce Department. The Department of Defense is also involved in the review and approval process. Physical enforcement of the ITAR (as well as all import and export laws of the United States) is performed by Homeland Security Investigations Special Agents (formerly U.S. Customs) under Immigration and Customs Enforcement, an agency of the Department of Homeland Security. Additionally, Customs and Border Protection Officers, also under the Department of Homeland Security, inspect imports and exports at U.S. Border Crossings and International Airports and enforce import and export regulations. 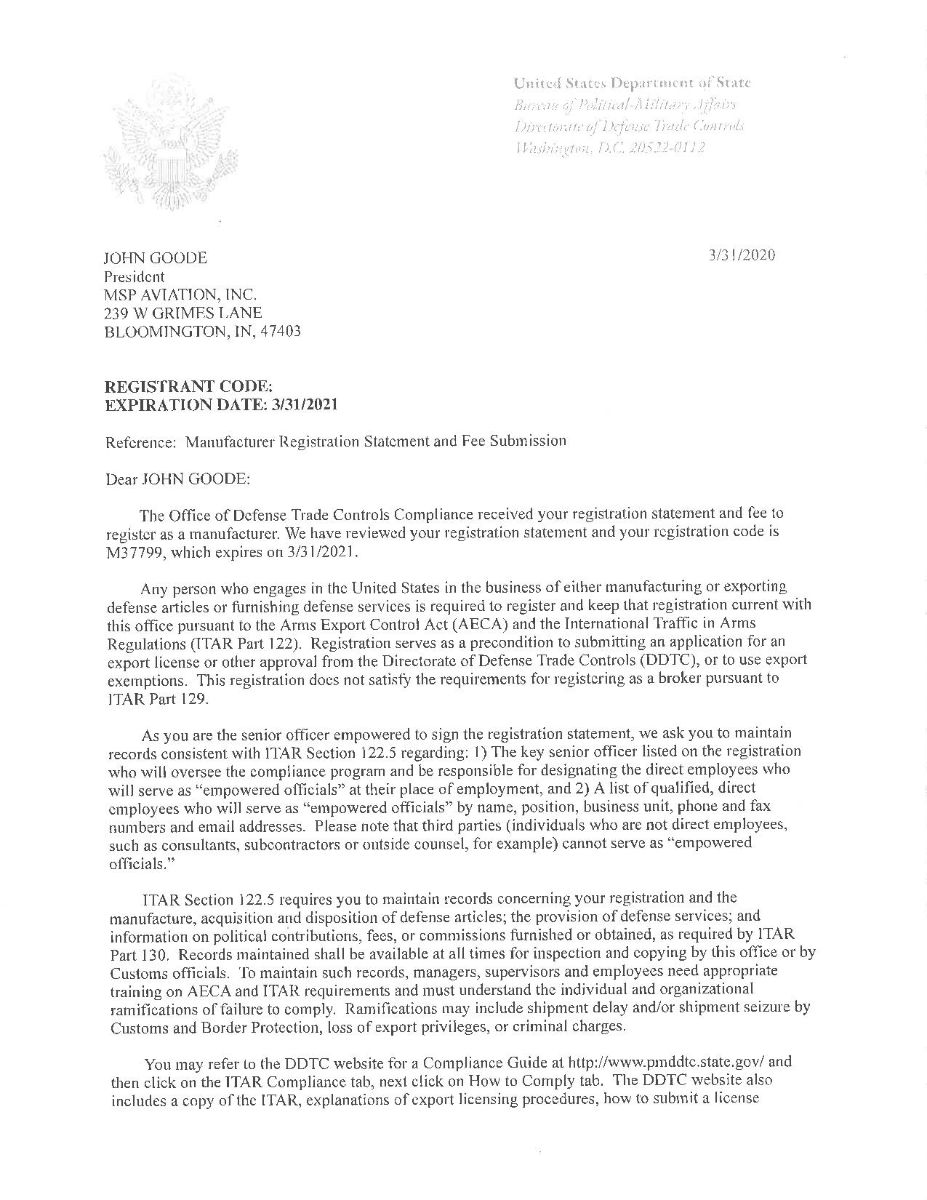 We’ve been manufacturing precision machined products for over 75 years and are eager to provide our expertise to more industries.